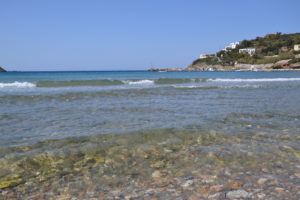 Throughout the duration of the Project, an extensive information campaign will be implemented, targeting the huge ecological footprint of plastic bags in the marine environment, a phenomenon for which, despite the alarming dimensions it has reached in the last decade, the awareness of citizens is still very deficient.

Although the dissemination and the results of the Project are expected to have a positive impact at a national level, the basic “pilot” of the implementation’s actions is the island of Syros.

In this context and on an annual basis, the first week of June is established as a “plastic bag free week”, during which the basic information and communication activities to citizens and visitors of the island will take place.

These actions will include:

The performance of these actions will be evaluated by the Project’s implementation team, by monitoring and measuring the litter in the island environment throughout the duration of the program.