On Friday, April 15 the 1st Consultation Forum of the stakeholders was successfully held.

The Forum was held in the Industrial Chamber of Athens, under the auspices of the Ministry of Environment & Energy and the Hellenic Recycling Agency (HRA).

The Forum attracted the interest of more than 50 representatives from almost all the parties involved in any way with plastic bag (local government, manufacturers and traders of plastic bags, super markets, NGOs, etc.).

Specifically, the event was welcomed by short speeches of Mr. Bill Liogkas, on behalf of Ministry of Environment & Energy, Mr. Dimitris Politopoulos, President of HRA, and Mrs. Clementine Diakomanoli, Head of Press Service of the EU Delegation in Greece. The common features of the speeches was the recognition that the environmental problem caused by the use of plastic bags is critical and that we need to intensify the procedures that will essentially involve the whole civil society in order to address it. 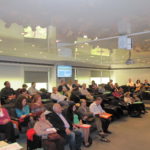 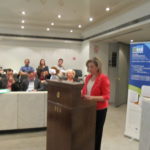 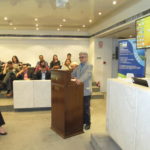 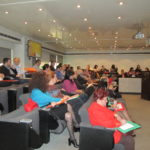 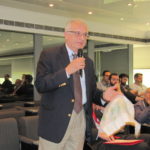 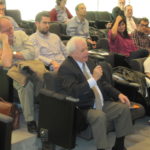 Afterwards, the partners of the LIFE DEBAG Project have spoken, who reported extensively on the legal, economic, social and environmental aspects related to the Directive 2015/720 and the policies for the reduction of the use of plastic bags.

Then, the event moved on to its main section, which was related to the dialogue among the stakeholders. In this context, the participants expressed the views of their sector or of the body they represented on the new Directive and the challenges of its implementation in our country. This topic sparked a particularly lively and constructive debate, during which both the expectations and the doubts of the two industries’ bodies concerned, in relation to the policy measures that will be selected for the reduction of plastic bags, were reflected.

Both the views’ expression and the dialogue that followed have led to the following conclusions:

The dialogue was recorded and the minutes of the 1st Forum is available to all interested parties.